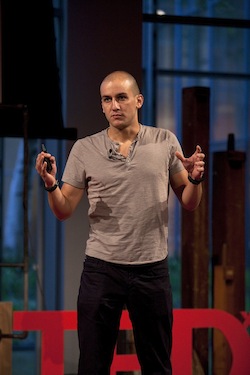 Man, It’s Good To Be Home

Today’s episode features TEDx speaker and time management Yoda, Ari Meisel. I’ll also share my view of the World Domination Summit, and whether or not you should go (I think some people will be quite pissed with my opinion, but oh well…).

At the age of 12, our guest was already running his first company. In high-school, he had 3. Today he’s a real estate developer, TEDx speaker and creator of ‘Art Of Less Doing’. Join us today for an eye-opening talk on managing time, getting more stuff done by doing less of it, and having a better life.

In 2007, Ari was diagnosed with Crohn’s Disease. He was weak, sick, and in a great deal of pain. Instead of just giving in and accepting the way things were, (especially considering the fact that Crohn’s is considered incurable!), Ari created a way to fight it off and keep it in check.

He courageously went on a journey of self-tracking and self-experimentation to find his way back to health. Not only did he succeed in his quest, he was able to compete in Iron Man France! Through self-experimentation he developed a system of food, supplements, and exercise that helped him recover.

What Ari found was that stress had a very big role in his condition. More accurately, keeping stress levels low meant keeping the symptoms of Crohn’s at bay. So in his process, he learned to master time.