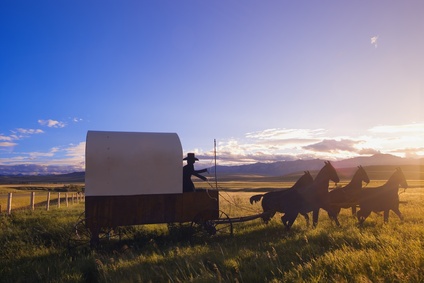 Wow, what a day it’s been, with all the Instagram hurrah. Who would have believed they’ll cave so quickly, or at all? Any way, if you’ve been following the blog for a while, you would’ve seen this coming (that’s a 7 months old post).

The whole issue of the amount of control that these media outlets and social networks have on our lives has spurred an interesting debate online, and I want to share with you my take on this.

If you’re short on time, make sure you at least read the bottom line of this post.

A good friend of mine, Natti Bar On, wrote yesterday:

…On one hand, media companies and newspapers are breaking down. Many people are affected by this change – writers, editors, photographers, journalists, advertisers […] These are people who dedicated themselves to become masters of their craft, a craft that is slowly becoming obsolete with the introduction of new technologies and applications

On the other hand, the new media companies are abusing our trust, down slippery slopes and treacherous roads, trying to cut us up into profitable pieces…

Here’s my reply, and my take on this issue:

Natti, I personally think it’s the most exciting time to be alive in human history.

I believe that much like any change that has happened to the human race, those who adapt, will survive and come out on the other end with flying colors. Many of these titans are seeing their WELL DESERVED fall, however sad it might be for those working for them (being an ex-broadcaster for the Israeli Broadcasting Authority, I personally know plenty of those).

I just interviewed someone yesterday who’s making a living from selling Kindle books for 99 cents a piece. Could he have done that while fighting traditional publishing at its prime? No way. Could I, or any one of my colleagues, have published a magazine and compete against Oprah or Harvard Business Review even a year ago? Not a chance.

The internet is democratizing and denationalizing the world, and with borders erased — much of the “old world” goes away with it. People are finally providing value to other human beings regardless of their location, religion, skin color or dialect.

One thing hasn’t changed in the world.

People still exchange money for value. But the venues, the accessibility, and OUR expectations have changed. We expect to get more value for our dime and our time. We expect to get it at the time and place that’s comfortable for us, wherever and whenever that may be.

Titans have abused our trust, money, talent, access and knowledge since forever. At least now we have a choice: We can opt to leave Facebook, Instagram, and (dear god) even stop using Google if we want to. It’s our choice.

I didn’t use Facebook until 2 months ago, and it had no negative implications over my life.

I disagree that the journalist or photographer crafts are becoming obsolete. But these crafts are EVOLVING, and so should these professionals too. With technology becoming affordable, easier to use and more available, having 10,000 experience hours under the belt just doesn’t pull as much weight anymore. They need to find a way to once again provide VALUE using their SKILLS, that’s the harsh truth.

As Chris Guillebau framed it – “Value is created when a person makes something useful and shares it with the world”. We should all seek for every opportunity to help others and make something useful, instead of junk. I strongly believe that those who will provide value shall prevail.