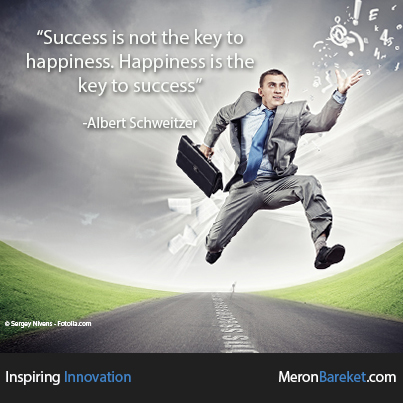 “Success is not the key to happiness. Happiness is the key to success”  —Albert Schweitzer Click To Tweet

A dear friend of mine is by all measures very successful; retired at under 30, living on a tropical island doing nothing but surfing while his business works for him somewhere at the other side of the globe.

Yet he’s unhappy. He’s bored out of his mind and has no idea what to do next.

Does that make him happy?

Happiness is a complicated concept, that I cannot pretend to fully grasp. But that’s the point; we need to remind ourselves that success is not the key to happiness. Happiness is something everyone should find their own way of seeking, working towards and creating. How? I don’t know. I’m still looking.

I’ve already been successful & miserable. I did that for almost two years when I was working for corporate (see Let’s Face It – Time To Move On & my personal story). That didn’t quite work out.

Now I’m trying to be successful, but more importantly happy. Ending up miserable is the ultimate failure.

You must believe in your ability to make your dreams come true.

Thinking is not enough though: You must support it with confidence. Confidence is the fuel that will take you where you want to go. Actions are the accelerator. You are the driver.

You you must have a blind belief in your world-changing abilities.

Despite what all of us in that room thought about magic when we entered it, Roderick got up there with the attitude that he was going to change all our minds. He certainly changed mine.

That’s what it takes to create extraordinary lives: a killer sense of confidence.

The thing is, not all of us were born with it. And those of us who were may have had it beaten out of us by various eras of our lives. 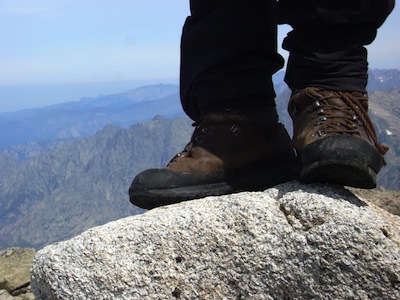 Beautiful piece by Jason Fried. What a terrific point of view to adapt both for your own mistakes, and for those made by people around you.

No matter how much different would 2012 have looked like if you’d had this ability (reflect, don’t obsess), make a mental note for yourself to apply this to at least one of your quests in the coming year.

He said the Navajo saw mistakes as moments in time. And since you can’t change time, why try to change a mistake that already happened?

The mistake is already woven into the fabric of time. It’s good to be reminded of it when you look back.

Further, he compared it to climbing a mountain. If you climb a mountain you are sure to have a few missteps along the way. But you keep going. You don’t stop and start over if you trip here or take the wrong path there. You keep going. You can’t remove that step. It happened, it’s part of the climb. And when the climb is done, you’ve finished. As long as you made it to the top, you don’t call the climb a mistake. Likewise, the Navajo don’t call a rug with some off stiches a mistake. If the rug is finished, it’s a successful rug. More importantly, a rug with a few off stitches is an honest rug.

If you are stuck in a rut, today is the day to pull yourself out.

Help is not on its way.

It’s already arrived and all you have to do is to accept it. You have everything within you to dig out. You may need a good coach, friend, or counselor to help you identify the tools, but until you accept that you are your answer, life will continue to serve up failure while you think everyone else is getting a double serving of success.

Who is Your Worst Enemy? (via Mr. Reader)

Stop this self sabotage today, or it will keep failing you tomorrow.

Chris Guillebeau recently shared a question on his blog:

You arrive very late at an airport you haven’t been to before. Security takes forever, but the flight is on time—which means you’re even more rushed. You walk into the terminal and look for your gate: A70. Damn… you’re currently at A18. Above you is an “Express Train” that runs between A1 and A75 with an unknown number of intermediate stops.

You know if you take the escalator up to the train and catch a ride it could be faster—but remember, you’re unfamiliar with this airport… remember, time is short. You have only ten minutes to get to A70 before they close the flight.

It’s up to you… what do you do?
The Art Of Non Conformity

The question really is how much control are you wiling to give up on? Today, I would take the train.

It’s not because I’m lazy, or because I come from a country where it’s forbidden by law to leave passengers behind (I often forget that this is not the case in other places around the world). I’d do it because I became well-adjusted to finding myself in unexpected circumstances, and figuring things out.

I trust my ability to respond in an agile manner, regardless of the outcome I originally went for. Remember, I might miss the flight in any of the alternatives either way, so why run like a maniac? Better off choosing one action, such as going up the stairs, and figure it out from there. There’s always another flight leaving sometime, if this doesn’t pan out.

I left Israel 100 days ago. Due to an unexpected change of circumstances, I had to find my way back, QUICKLY. Reflecting on my time in Denmark, I realized that the original outcome I was aiming for (leaving Israel and living a much less stressful life) was not the most beneficial one.

Learning how to figure things out quickly and making rapid-action-taking my way of living, is the most significant benefit of this period abroad. Taking action brought me outcomes that were both unplanned and beyond any of my expectations or dreams. “It is wiser to find out than to suppose” said Mark Twain.